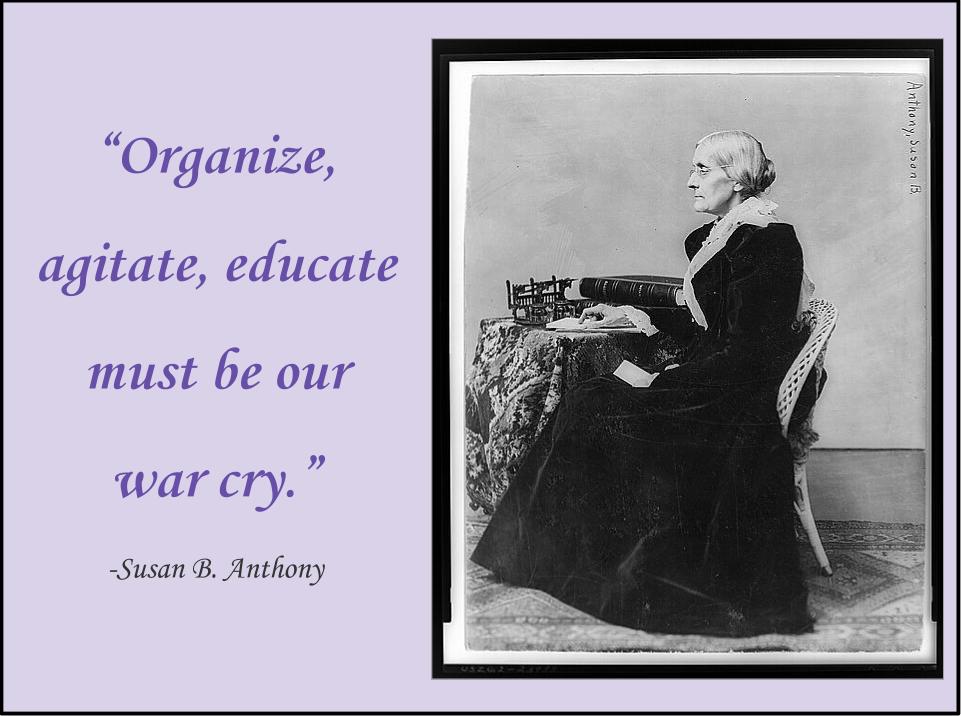 I love when I read something that makes me exclaim, “Wow, I didn’t know that!”

Often when the “wow” subsides, the “why” chimes in.

Why didn’t I know that before, I wonder, since most of the time these facts are details about people and events from a part of history that I did learn about as a child.

For instance, I recently read that Susan B. Anthony’s entry into women’s rights activism came from her frustration at getting paid significantly less as a female teacher ($2.50 per month) than male teachers were paid ($10 per month) in the 1840s/50s.

That interests me because the gender wage gap persists more than 150 years later. Women are paid 81 cents for every dollar a man makes in the U.S., according to the Bureau of Labor Statistics. The number is better for high school teachers, though still not equal — 93 cents for every dollar, according to the American Association of University Women.

Despite the relevance of the gender pay gap today, Susan B. Anthony is known by and large as a woman who pushed for women’s right to vote. She missed seeing that happen by a few years, but through the lens of voting we look at her legacy and say, “See, we’ve come so far. Aren’t our lives great now?”

It’s easier to put a bow on Susan B. Anthony and place her in a nice suffragette package than to have conversations about the work that’s left to do in this country, but that doesn’t mean children aren’t capable of understanding and being part of such conversations.

Beyond Susan B. Anthony and women’s rights, there’s so much about the struggles for justice and equality and dignity that are omitted from both trade books and school curricula. My “I didn’t know that!” moments are prompted by having those gaps and nuances illuminated to me as an adult.

The delight doesn’t come just from learning a fact, but from learning something that makes connections between the past and present and gives me faith in the possibilities to influence the future. I want to write books that help children makes those connections and have that faith well before adulthood.