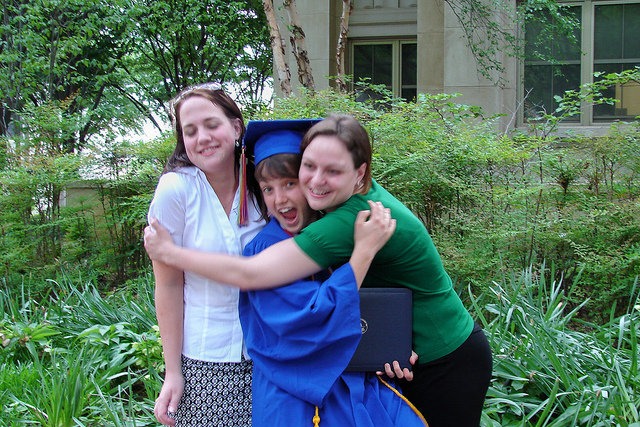 Last week I participated in an alumni panel at a career night for anthropology undergrads of my alma mater. Preparing for the event gave me a chance to reflect not just on the jobs I’ve had since graduating but the ways that anthropological values shaped me and continue to show up in my work. I’m sharing my remarks here.

Hi everyone. Before talking about myself, I want to talk about you. Specifically, I want to commend you for having the courage to follow your passion. Anthropology is not something you study because you want certainty about salaries or career paths. You study it because you are curious. Because you have questions about the world and our place in it.

You probably all know that Clifford Geertz defined culture as “the stories we tell ourselves about ourselves.”

As anthropology students we spend a lot of time critiquing those stories in their various forms, whether that’s Balinese cockfights or presidential addresses or gender-segregated toy aisles. Many times, we identify all the ways these stories are “problematic.” (Kind of a downer at parties.)

But I have always tried to look for possibilities. When I graduated, I wanted to be active in re-shaping the stories we tell. For the last 10 years, my career has been diverse but it has always somehow come back to storytelling.

Primarily I have worked in education and journalism.

On the education side, in my first couple years after AU I landed some internships and fellowships that gave me the chance to teach digital media in Palestine, India, Mexico and the U.S. Currently I’m managing professional development programs for alumni of an exchange program that gives scholarships to young people from “underserved” communities to study here for one year.

I see my work with young people and even adults as an opportunity to share and co-create different stories about our world than the ones I learned growing up. I also see it as a way to foster the critical thinking that will allow children and teenagers to question social norms and structures themselves. These are also my goals in writing children’s books.

Although I minored in SOC, my journalism career started because of connections I made through Adrienne Pine.* After the Honduran military coup in 2009, I stayed with a filmmaker friend of hers in Tegucigalpa and reported on resistance to the coup. I alternated between online journalism and teaching gigs for a few years until I wound up in rural Pennsylvania working for weekly newspapers. Eventually I moved on from that to a larger, daily newspaper, where I covered public schools for several years.

In the Venn diagram of journalism and anthropology, the basic skills of interviewing and writing are in that middle, shared space, and I love that journalism allows me to hear people’s stories and write about them. The main differences between the two fields are the limited time you can devote to a subject as a journalist and the training that anthropology gives you in looking at a topic from the perspective of a worldview that is different from your own. Studying journalism doesn’t always provide that training, and it’s an asset I’ve tried to bring to my work.

I know you’ve all gotten the question from someone — maybe your mom, maybe your uncle, maybe your roommate. You tell them your major and, after you define it for them, they furrow their brow and say, “What will you do with THAT degree?”

When I was an undergrad, my response to this question was a puckish “Whatever I want!”

I couldn’t have guessed that I would end up doing any of the things I just described.

But I did know what drew me to anthropology. It was the immersion in stories and the questioning of our larger social story. That still drives me in my career today.

I encourage you to identify what is that draws you to anthropology, because whatever that is, you can apply it to any job you want to do. And that, more than a job title, is going to be what drives you 10 years from now.

*Adrienne is an anthropology professor at AU.