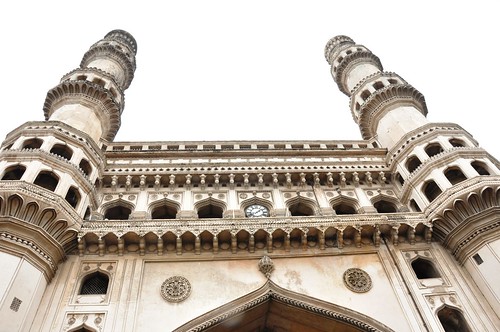 For those of us who value diversity and social justice, the past year was tough, and the rhetoric of our incoming U.S. president alarming. After the heartache of the election came the question: what do we do? From looking at history, I believe that political change comes from groups of coming together to build power that can’t be ignored. I’m not just talking about showing up at mass mobilizations. Those are one tactic. What I’m referring to  is community organizing, which takes collective strategizing and sustained commitment. That’s the kind of work it will take to prevent the creation of a Muslim registry, for instance.

But what about interpersonal and social progress? What’s often referred to as changing hearts and minds? That’s where cultural work plays a role. How much of impact, for example, have gay characters in shows like “Will & Grace” and “Glee” had on the acceptance of LGBT peers among younger generations? As so many have written in regard to the We Need Diverse Books movement, seeing all kinds of people represented in books and other media decreases isolation and increases empathy.

Over the past few years, I have shined a spotlight on children’s books with diverse characters and also books that highlight struggles for social justice (though the former is easier to find than the latter). In 2017, I am going to be more intentional about this. Specifically, every Friday I will be writing a post related to Muslims in children’s literature.

Why did I choose the topic of Muslims in kidlit?

I grew up in a homogenous, white and Christian setting. I barely knew what Islam was in high school. Then came college. I learned about lots of different people and experiences, mostly unintentionally. By junior year, I found myself studying abroad in Cairo, Egypt and listening to the call to prayer five times a day. I have lived in several other predominantly Muslim countries and cities since then and been welcomed with open arms, tea and too many sweets. I would like to see my home country be equally welcoming to strangers.

Exposure normalizes differences, but I know that many non-Muslims in the U.S. haven’t had the experiences I’ve had. On top of that, books featuring Muslim characters or written by Muslim authors have been noticeably less represented in the books I’ve found in my active pursuit of diverse kidlit in recent years.

Many of these Friday posts will simply be book reviews. I hope some will be author Q&As. And some, like today, will point to other content and conversations related to Muslims in children’s literature. This is important, because I’m not an expert, and I think it’s important to listen to the voices of Muslim writers and readers.

In that spirit, I’m kicking things off by recommending that you listen to this recent episode of the “See Something Say Something” podcast. This show is about being Muslim in America. In this particular episode, the host, Ahmed Ali Akbar, chats with two children’s writers:

In the podcast, Hena and Sara talk about what they read as kids, how they develop characters, and the responsibilities that come with depicting underrepresented groups in writing.